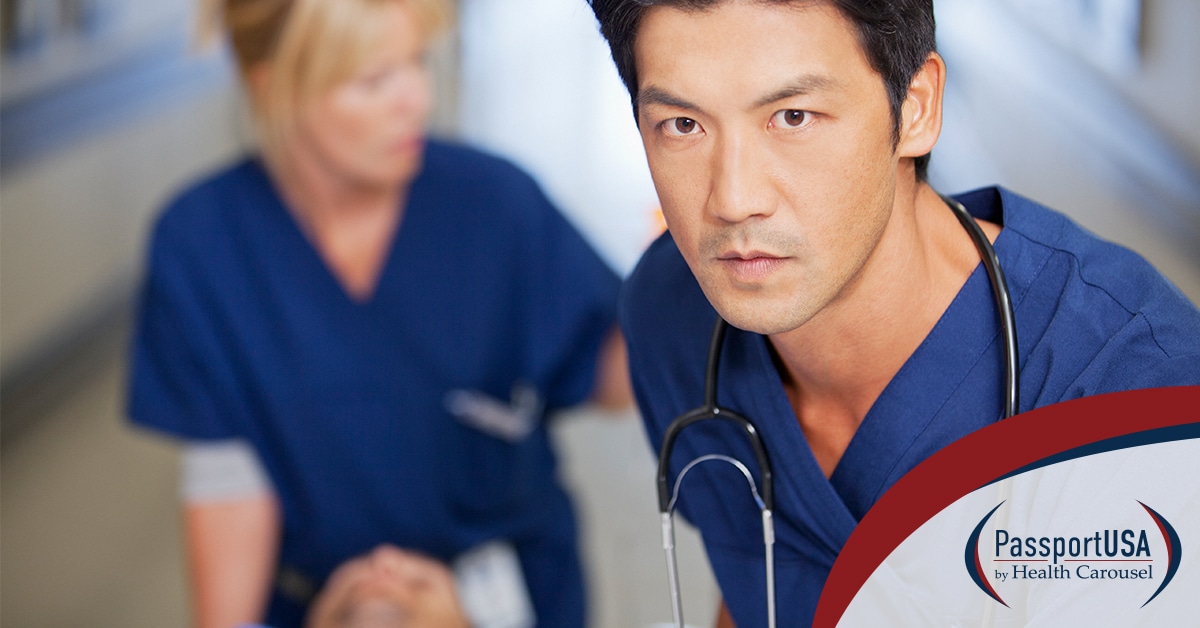 â€œI worry about the safety for the patients. Thatâ€™s not something you think about when you get hospitalized, that your nurses have four other patients or five other patients. But that ratio is kind of scary,â€ said RNÂ Lindsay Lundvall to Jamey Dunn ofÂ WSIU Public Broadcasting. Lundvall is an Illinois native working in Wisconsin. She wants to return to Illinois one day, and according to recent data, the state will likely need her.TheÂ Illinois Department of Financial and Professional Regulation (IDFPR) polled about 53 thousand nurses. Many of the respondents claimed to be retiring soon. And a time when the state's senior population aims to spike, that could spell trouble for the Prairie State.Yet remarkably, there's actually a study that suggests otherwise. AÂ U.S. Department of Health and Human Services (HHS) report from 2014 estimates that by 2025, Illinois will have a surplus of 9,700 registered nurses.How is this possible? Data that projects both a shortage, and a surplus?Health Economist and Senior Policy Fellow at the American Nurses Association (ANA) Peter McMenamin tells WISU that this isn't exactly uncommon.

Given the variability, Iâ€™m not surprised that some people project shortages, and some people project surpluses. Theyâ€™re usually in the same ballpark, but because there are so many registered nurses, if you have a one or two [percentage point] difference in your estimates, that can put you on either side of the line. Is it a surplus? Is it a shortage?â€ he says. â€œBecause of the history of shortages and the shortage-surplus dichotomy, it looks like thereâ€™s a lot of different opinions, when in fact the opinions are close. Itâ€™s just that theyâ€™re right at that particular threshold.

What gives? Is the state headed for a shortage or surplus of nurses? Labor Economist and Professor of Health Policy Studies at the University of California San FranciscoÂ JoAnne Spetz offers insight later in the article that clarifies:

Illinois is a big state, and youâ€™ve got a lot of very rural areas, and youâ€™ve got some major metropolitan areas.Â What we usually see is that in the metro areas there are plenty of nurses, and sometimes some of the rural areas or smaller towns and cities might have shortages simultaneously.

As with manyÂ conflicting answers, the truth is probably somewhere in between. And that's not uncommon, as Spetz goes onto say:

It really doesnâ€™t matter where in the world you go. You hear a similar thing whether you are talking about Ethiopia, or Thailand, or Canada or the United States: that nurses tend to end up in urban areas because thatâ€™s where the education is. Thatâ€™s where their spouses can easily get jobs. And then the rural areas tend to have shortages.

PassportUSA has been covering the nursing shortage in every state, and the situation seldom differs, regardless of location. A "silver tsunami" of retiring nurses is approaching as the population sees a general spike in age. That's a recipe for poor nurse-to-patient ratios. And whether the shortage is in urban or rural areas, the results are equally devastating.As previously mentioned in another article, hospitals that staff 1:8 nurse-to-patient ratios experience five additional deaths per 1,000 patients than a 1:4 nurse-to-patient ratio (Journal of the American Medical Association, 2002).Â The odds of patient death climbs byÂ 7 percent for each additional patient the nurse must take on at one time (Journal of the American Medical Association, 2002).Along with safety concerns, the reality is, nursing turnover is costing healthcare institutions thousands. Click the button below to learn just how much nursing turnover is costing your facility.