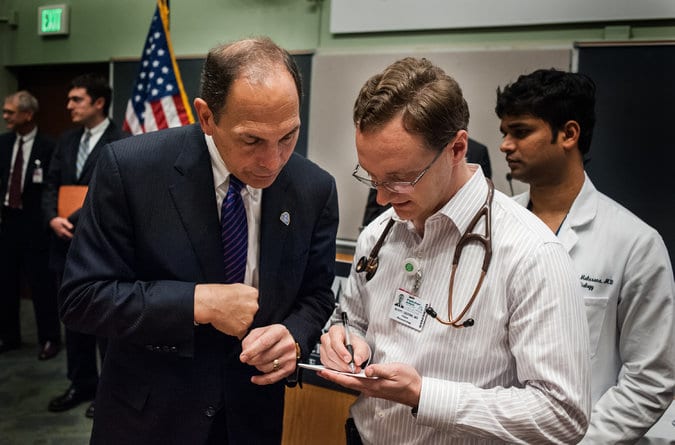 As the newly appointed VA Chief Robert A. McDonald criss-crosses the nation looking for physician and nursing talent to fill the newly appropriated 28,000 new hires needed by the Veterans Administration, there are many worthwhile strategies being promoted to reach the goal:

There is one other strategy that should be explored:Â Turning to internationally-trained nurses to help fill some of the shortfall.Â Where would they come from? How could this be done? Well the Philippines of course. Here's why:

Mr. McDonald would do well to get his two cents in on immigration reform to include set-asides for skilled healthcare professionals and then look abroad to supplement U.S. talent with great overseas labor. Even if any immigration reform enacted does not address healthcare, there are still hundreds of Philippines nurses with current Green Card priority dates and U.S. nursing licenses that could be working at VA facilities in the next few months.[sbscrbr_form]